The ever prevalent state of malaria in nigeria

Malaria is one disease that continues to raise public health concern 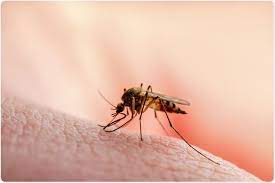 globally, particularly in Africa. It is also a major public health problem in 97 countries and territories in the tropics and subtropics: where Nigeria has the greatest number of cases. Globally, approximately 214 million cases of malaria occur annually and 3.2 billion people are at risk of infection. Approximately 438,000 deaths were attributed to malaria in 2015, particularly in sub-Saharan Africa, where an estimated 90 % of all malaria deaths occurred. (WHO, 2015)

Malaria, an infectious disease caused by any of the five parasitic protozoa of the Plasmodium genus through female Anopheles mosquitoes bites. Most (97%) of the malaria cases in Nigeria are mainly due to Plasmodium falciparum, with Plasmodium ovale and Plasmodium malariae affecting only a few persons. Although, severe malaria is mostly caused by P. falciparum, Plasmodium vivax, and Plasmodium knowlesi have also been indicated in causing severe disease (WHO, 2014) but not in Nigeria. Environmental variables such as temperature, humidity and rainfall influences the breeding and survival of the female anopheline mosquitoes; the malaria vector. This can therefore explain the high prevalence of malaria in tropic regions such as Nigeria.

Microscopy data from the 2018 Nigeria Demographic and Health Survey (NDHS) show that the prevalence of malaria parasitaemia in children under five years of age is 23% (a decrease from 27% in 2015 and 42% in 2010), although there are significant regional, rural-urban, and socioeconomic differences (National Malaria Indicator Survey, 2015) as those in the urban areas have access to more socioeconomic amenities to aid them prevent the disease. Generally, Prevalence of the disease ranges from 16% in the South and South East Zones to 34% in the North West Zone. While In rural populations, prevalence is 2.4 times that in urban populations (31% vs. 13%). When compared to the highest socioeconomic group, prevalence among children in the lowest socioeconomic group is seven times higher (38% vs. 6%) (WHO, 2015)

It is important to note here that the worrisome large number of malaria prevalence impacts the nation negatively. The negative impacts of malaria burden are multidimensional and deter the nation from achieving the sustainable development goals. The human and economic costs associated with malaria are enormous and often lead to low productivity and loss of incomes from malaria treatment or inability to work (W. Erhun et al, 2016).

This is very informative. Thank you.